Economic progress and growth of the nation lies in the integrated development of communication and transportation. One of the key ingredients in the path towards economic development and social services, rural road connectivity is one of the hallmarks of rural development. Roads provide connectivity, access to equipments, opportunities, and a path towards a better life to the general populace. This cumulated helps in the generation of employment opportunities and are, as a result, a key component in sustainable poverty reduction of any particular area.

With this view of providing all weather access to unconnected habitations in the country, the Government of India launched the Pradhan Mantri Gram Sadak Yojana (PMGSY) on December 25, 2000. The aim and aspiration of the programme, funded by the Government of India as well as the State government, was to connect all remote and far flung areas in the country by rural roads, within a time frame.
The Government of India called for a list of priority roads networks which would cover the remotest part of the states. After receiving these data from the states a comprehensive master plan was compiled, which became the core network data base. There was further improvement on the data base system in which it was envisaged to further break up the villages into categories populated habitations. This would thereafter allow the projects to be taken up in a phase wise manner besides also adopting prioritization criterion, as per the availability of fund. 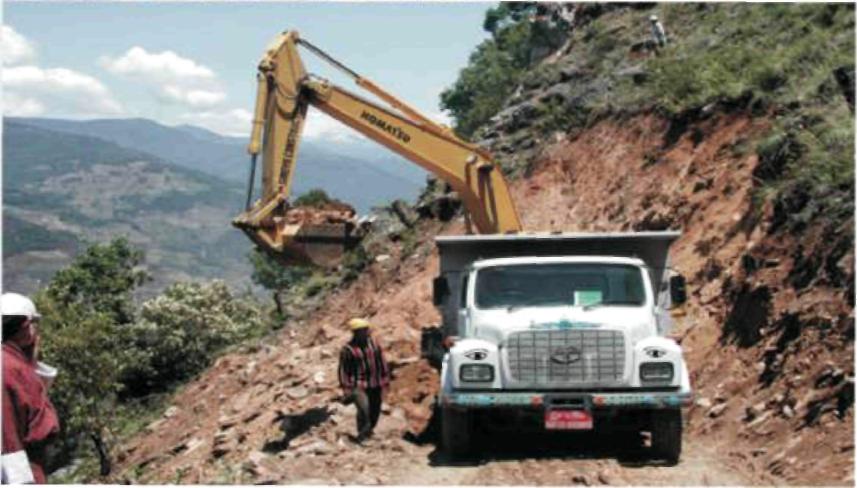 The break up was further subdivided into New Connectivity and Upgradation works. The habitation criterion was further simplified to population based New Connectivity (NC) under Bharat Nirman, places of Tourist Centers (TC), Health Centers (HC), Education Centers (EC). The NRRDA (National Rural Roads Development Agency) was commissioned as the nodal body for the entire operation of the programme. This Agency was also assisted by the NITHE, MORTH, IRC and the RD ministry. The NRRDA thereafter introduced guidelines, road specifications, accounting system, quality control, monitoring and evaluation system, tender norms, award of works and execution procedures. The states were directed to adhere to strict rules and regulations and to constitute PIUs (Project Implementing Units). State level Vigilance and monitoring committee, under the chairmanship of the MP along with a horde of other dignitaries as members were constituted, to look into the proper management and delivery system.

The DPR after preparation is further scrutinized and vetted by the State Technical Agency. In order to enhance quality control and monitoring, a two tier monitors system was introduced. SQM (State Quality Monitors) and NQM (National Quality Monitors). The project from the beginning till completion would therefore be under strict vigilance and proper monitoring.

PMGSY is a centrally sponsored project with the primary objective of providing connectivity to all unconnected habitations, by way of all weather roads, with necessary cross draining structures and culvers which are functional throughout the year. As mentioned, on the basis of population strength the habitations are categorized and classed accordingly, i.e., habitations with a population above 1000, between 999-500 and between 499-250 people.

In Sikkim, PMGSY is handled by the Rural Management velopment Department. PMGSY has been instrumental in breaking the urban- rural divide and isolation of the villages. The rural population, now, have easier access to health service, banking institutions, far off markets, educational institutions etc. It has also enabled various services to reach the villages. Daily travel has been made easier and in a wider perspective it has helped open the rural villages to the wider world. Access to wider markets has promoted a speedier and cheaper means of movement for both man and machine. All the essential commodities including building materials and cash crops like cardamom, ginger, oranges, local handicrafts, packed agri-products and other goods, etc can be hauled at ease. All weather roads have revived rural economies even as they provide newer avenues of incomes, by promoting village tourism, which will enhance the revenue of these remote villages, thus uplifting the socio-economic status of the rural mass.

A master plan for the construction of these roads in the State of Sikkim had been proposed for covering 1800 km of road length aiming to provide rural connectivity to 410 habitations. In addition to the envisaged habitations under various categories, the road connectivity was also extended to Education centers, Panchayat Head Quarters, Health Centers and Tourist Points.

In the light of achieving Bharat Nirman targets it was necessary to take up coverage of habitations with 500+ populations initially and gradually take up roads for habitations with less than 500 populations. The works were taken up under two categories vis­a-vis new connectivity (NC) which involves virgin formation cutting and subsequently stage II works to black top the road (U).

In rural areas where road connectivity is still in progress or hasn't yet reached, foot bridges have been constructed over streams and rivers to facilitate connectivity. This is an important initiative as this might be the only way to link these villages to towns, district headquarters, medical supplies, schools, other villages, nodal centres, etc. These bridges are especially important in Sikkim as the state has a very long monsoon period which sees a very heavy downpour leading to rise in the water level. The speed of the current makes even the smallest streams highly dangerous to cross, especially for school going children during the rainy season. Rural villages, especially in the far flung areas of the state which still remain unconnected to proper transport communication network are provided with foot bridges under this program.

Various types of foot bridges have been undertaken which include log bridges, steel bridges, reinforced cement concrete bridges and suspension foot bridges. In recent times, however, log bridges have been replaced by other types of bridges as they are unsafe, especially for children.
Apart from construction of new bridges RM&DD also undertakes the repair and strengthening of old bridges which are used by the populace. Many of these bridges have been built long ago and require maintenance and renovation. Moreover, as already mentioned before the monsoons in the state are pretty long and at times the deluge is known to wash away bridges or heavily damage them and hence they need to be re-constructed so that the day-today life of the villagers is not affected. It may also be noted that the repair/strengthening of the already existing bridges is also of vital importance as earlier suspension bridges used to be provided with wooden decking which invariably gets damaged/worn out due to rotting of the wood and continuous wear and tear causing accidents. Apart from wooden bridges, even bridges constructed even bridges constructed out of steel and other metals,
ving been exposed to all types of weather conditions throughout the year, need to be maintained and repaired according to requirements.

Over the years RMDD has undertaken the construction of a number of bridges. Below we list out the details of the work carried out by the department.

In Sikkim, the population parameters are a bit tricky to handle as the terrain is such that the population density is very low. Apart from that, the hilly, mountainous terrain is prone to slides and earthquakes. In such thinly populated areas non availability of skilled labour is a major constrain and the fact that it is not possible to use heavy machinery in all parts of the state due to weak bridges and road infrastructure plays havoc with developmental processes.

Apart from the number of roads constructed throughout the state under PMGSY, roads have also been constructed at very high altitudes (14,000 ft). The Thangu to Bamzey road is a 5 km stretch which starts around 14,600 ft and culminates at around 16,000 ft. 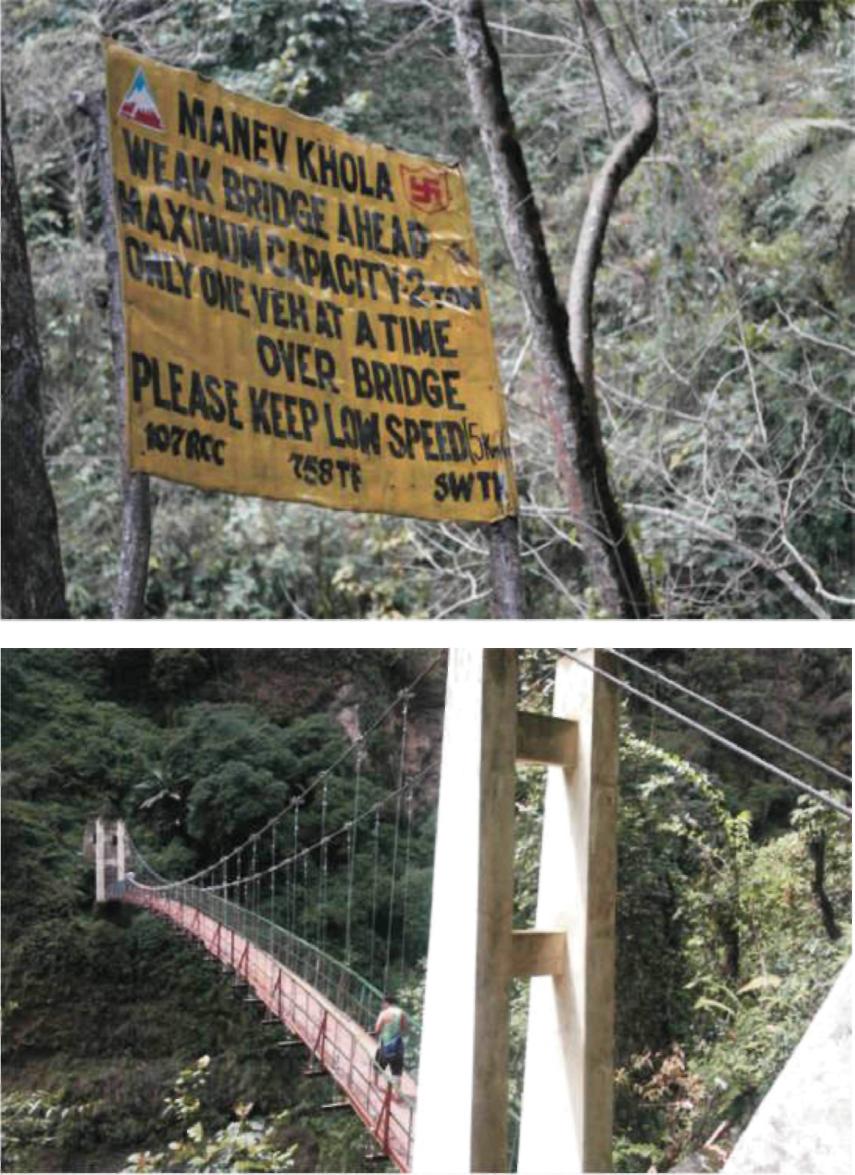 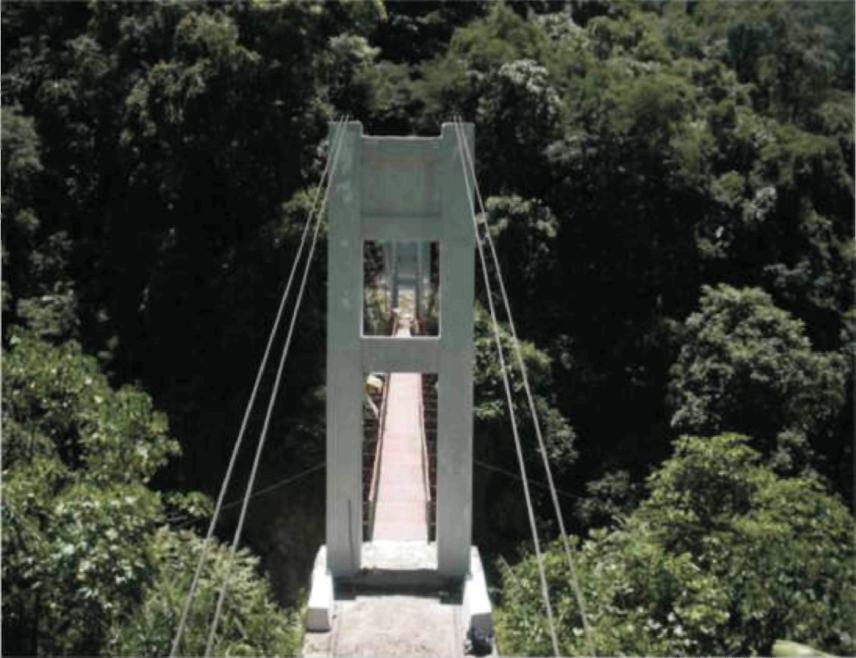 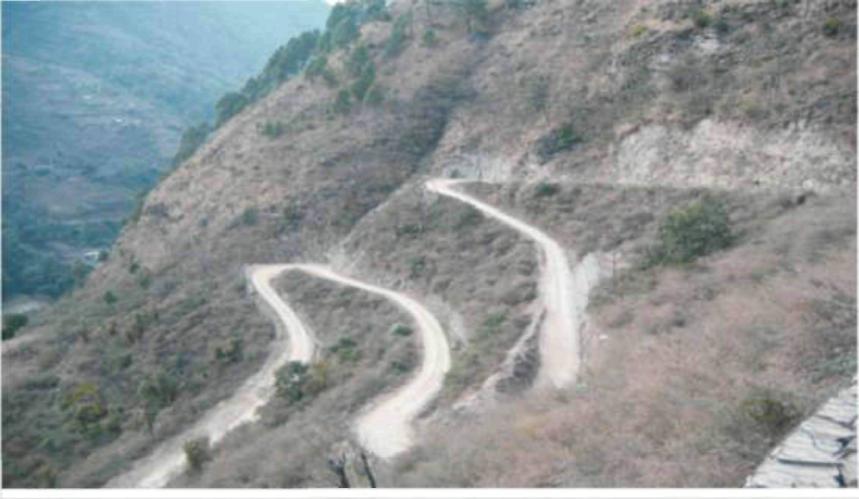 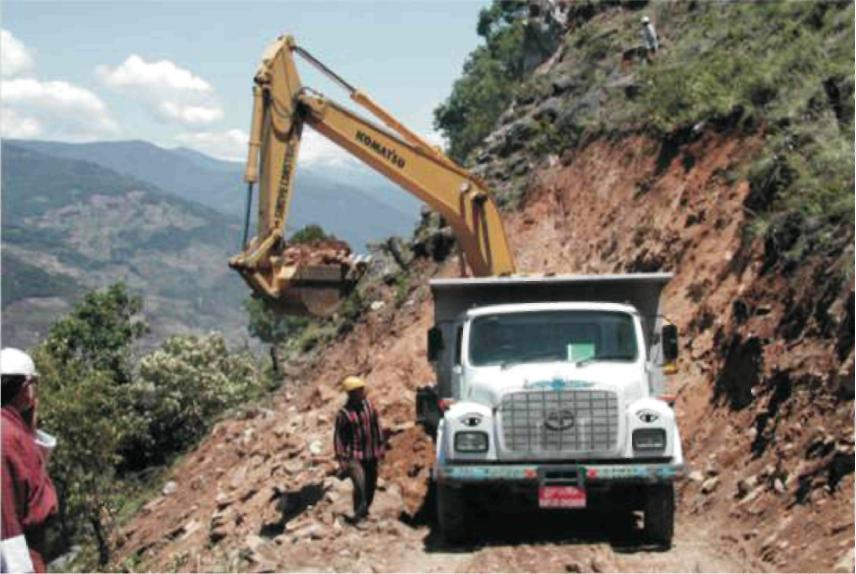 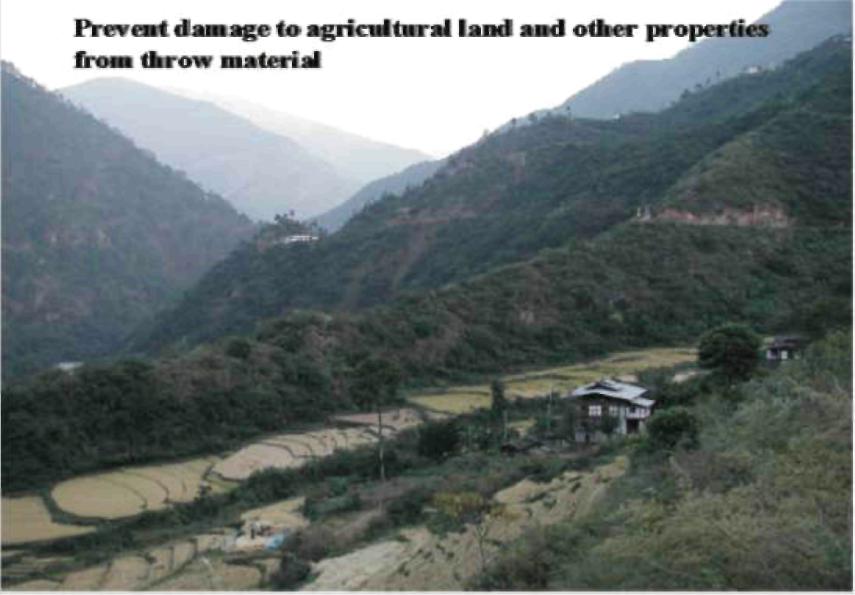 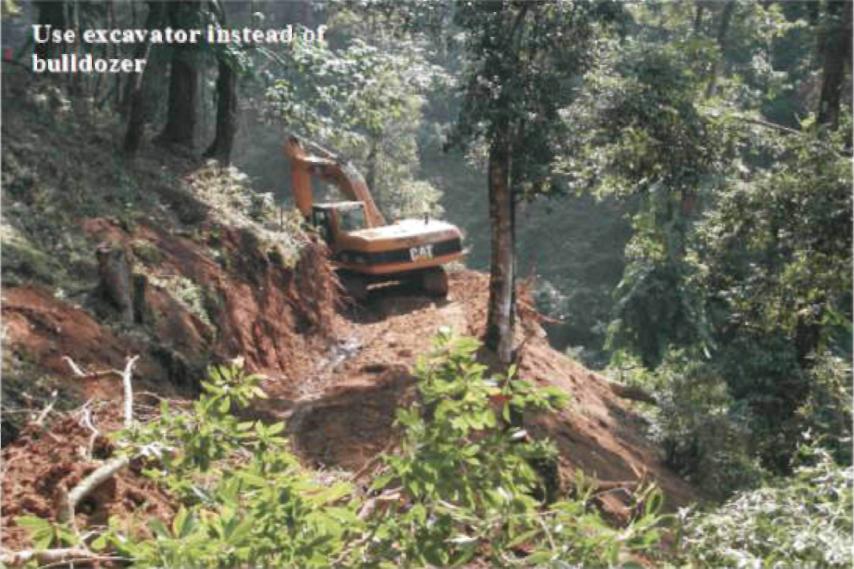 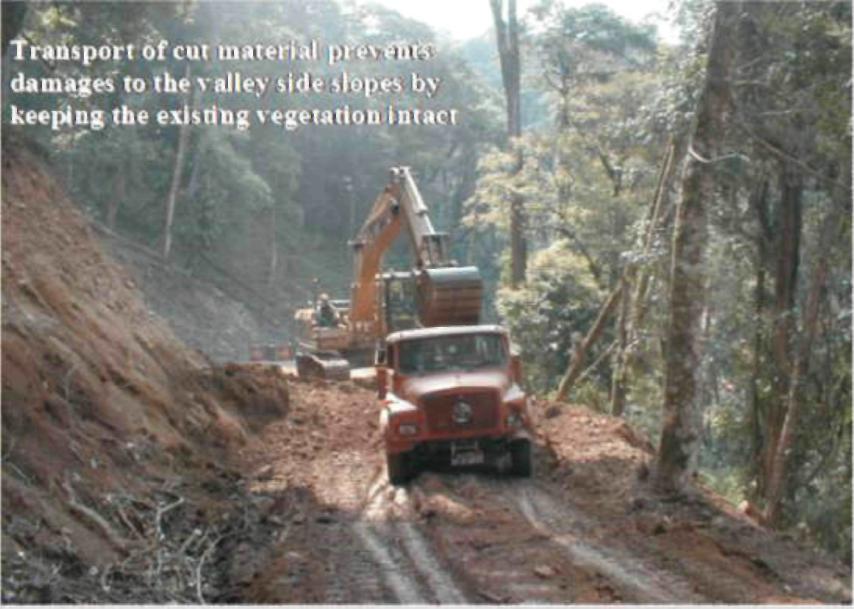 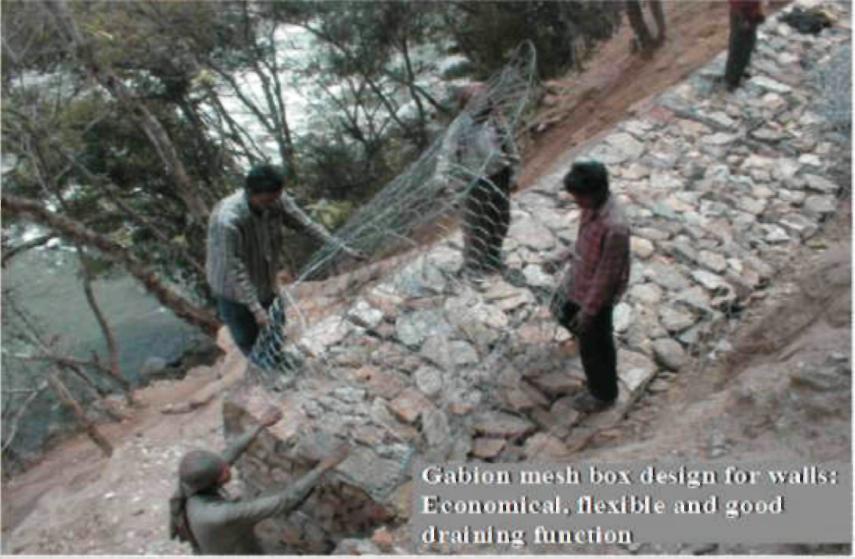 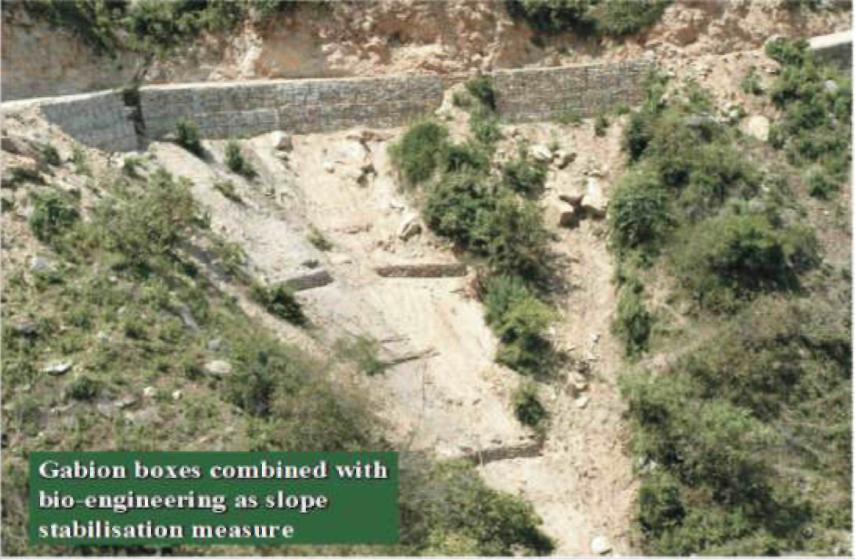 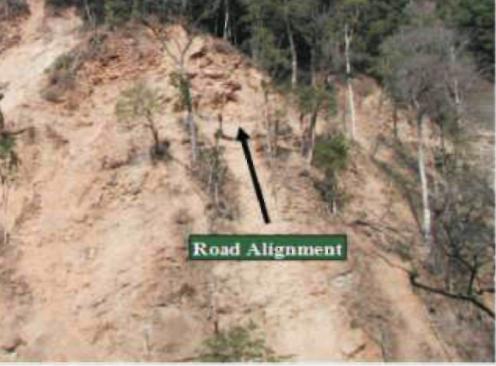 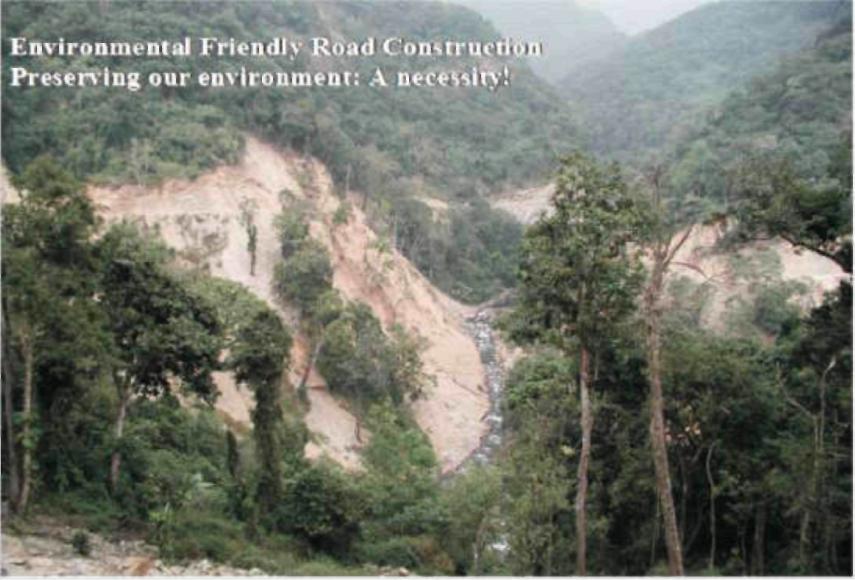 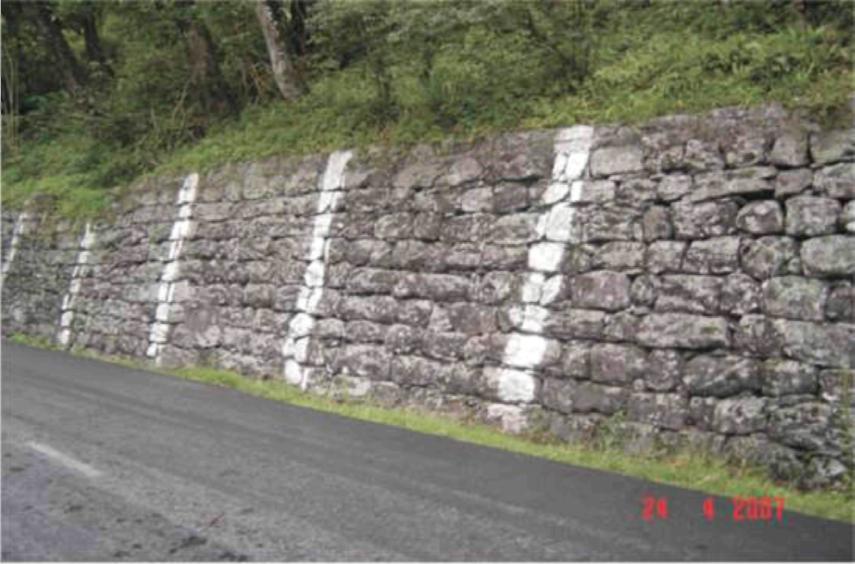 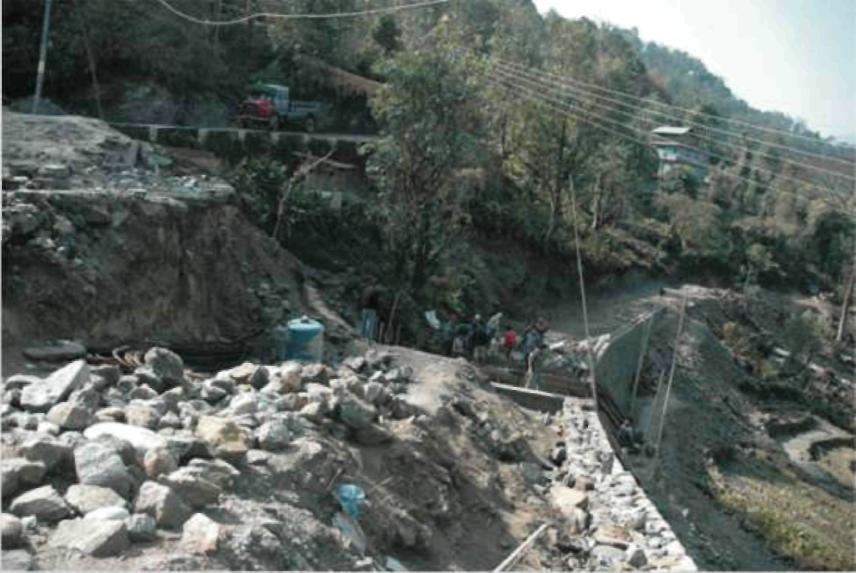 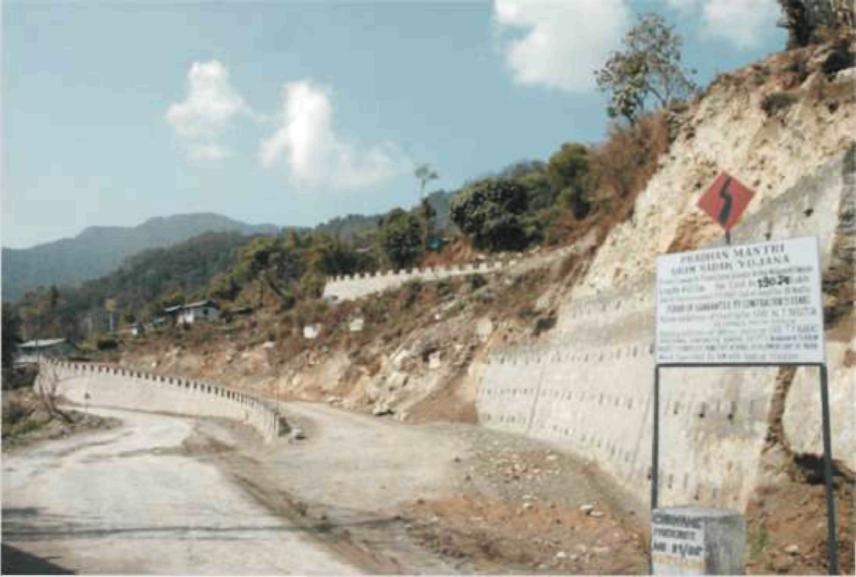 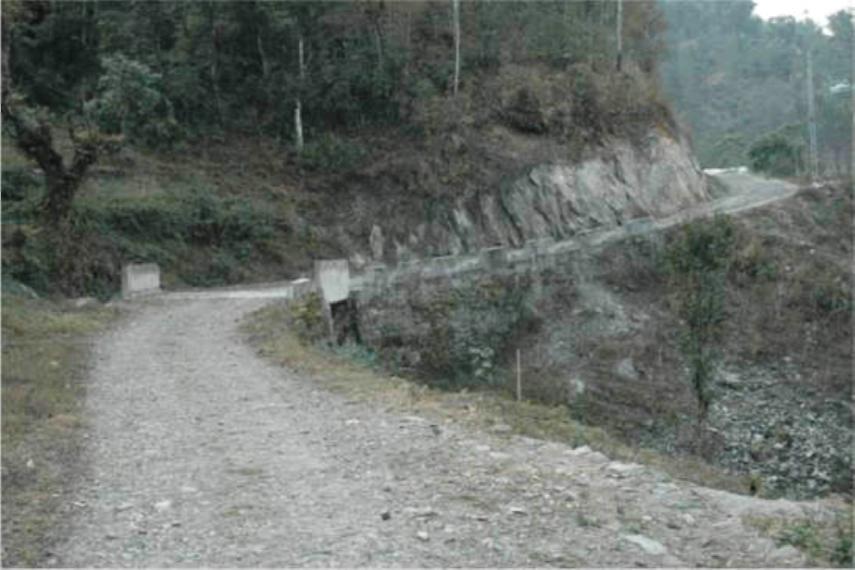 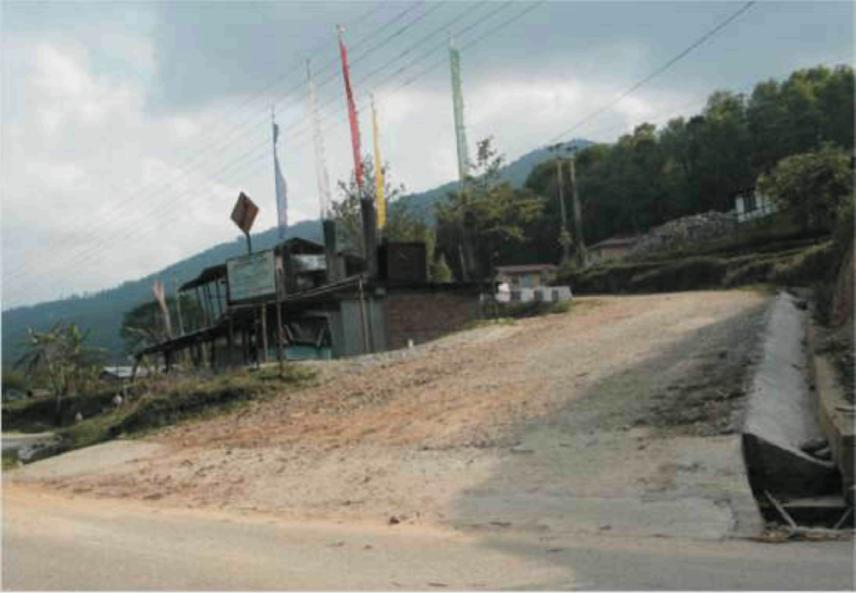 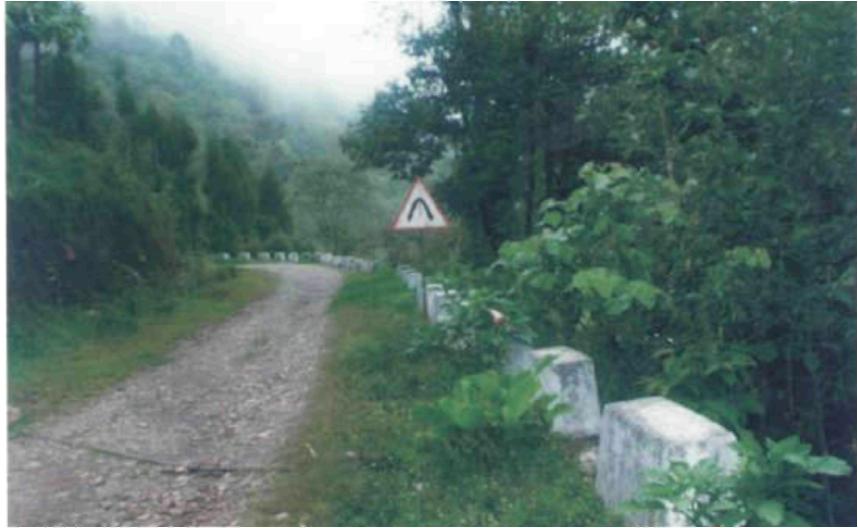 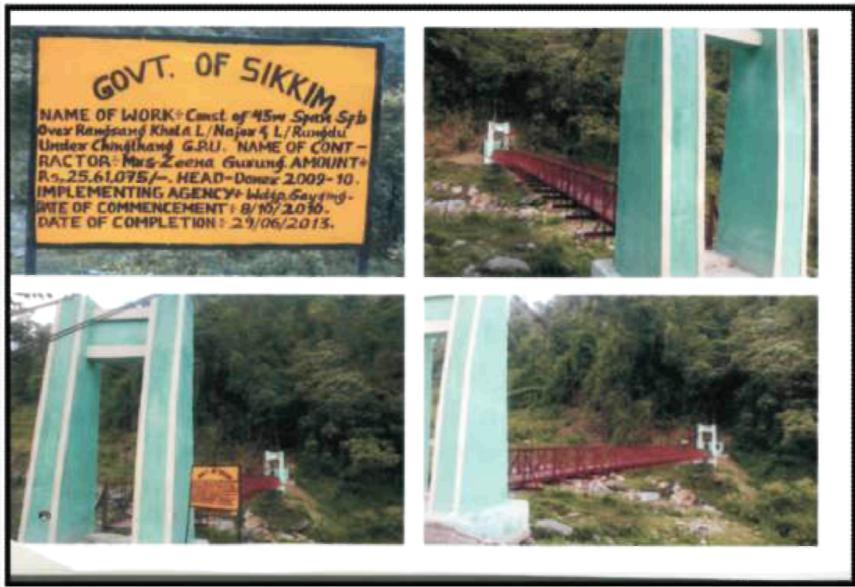 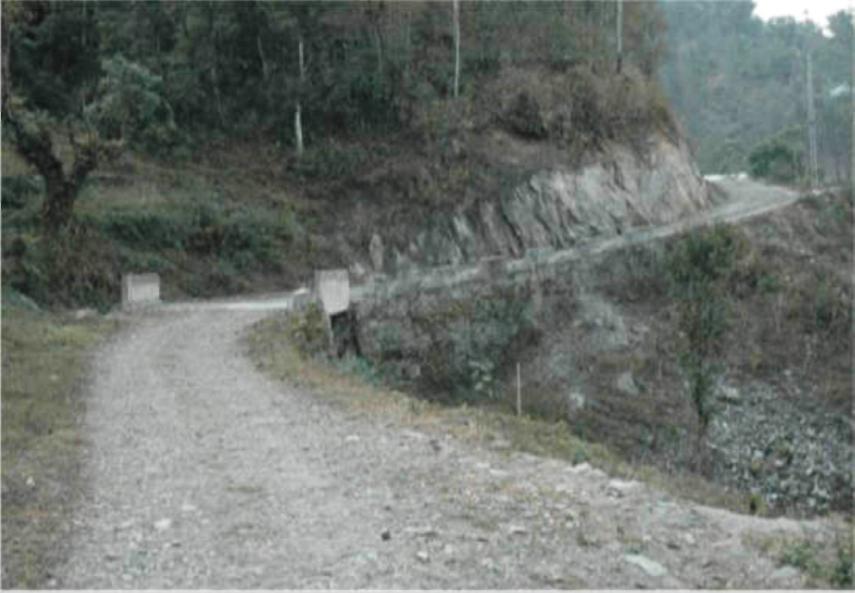 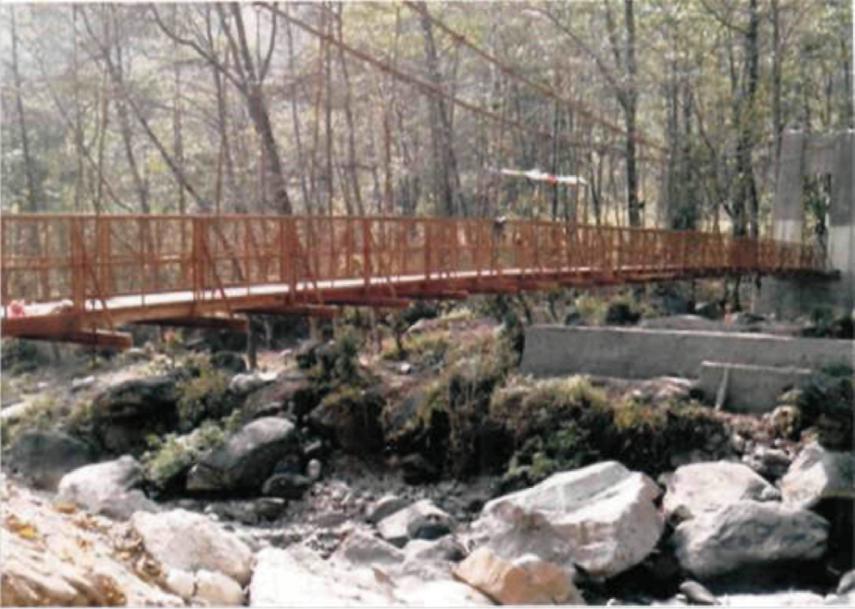 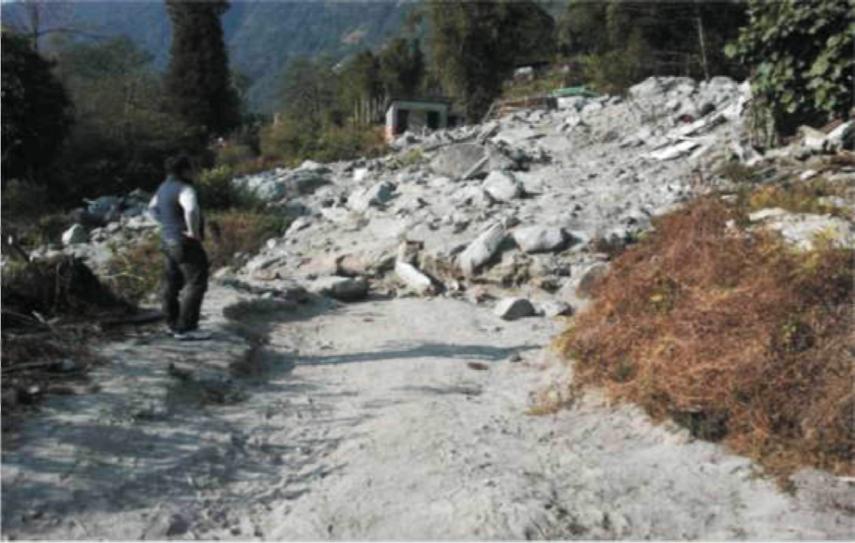 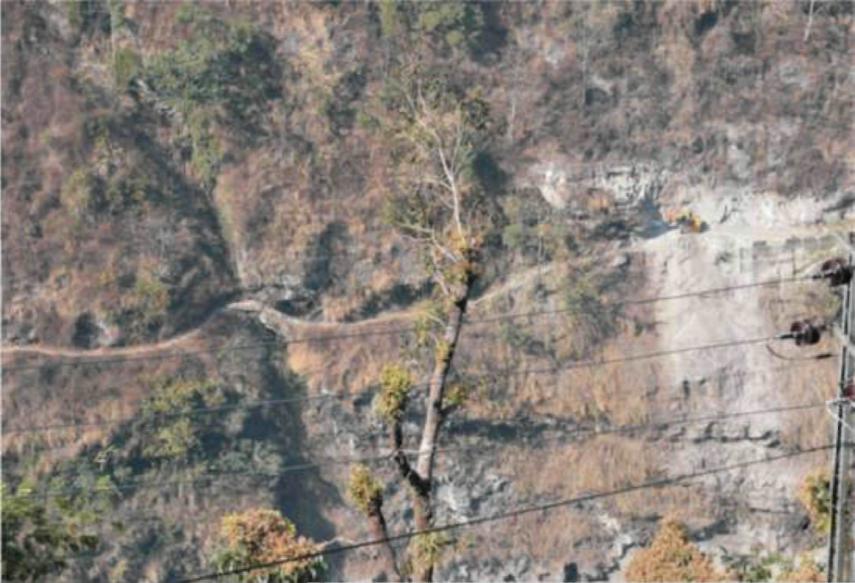 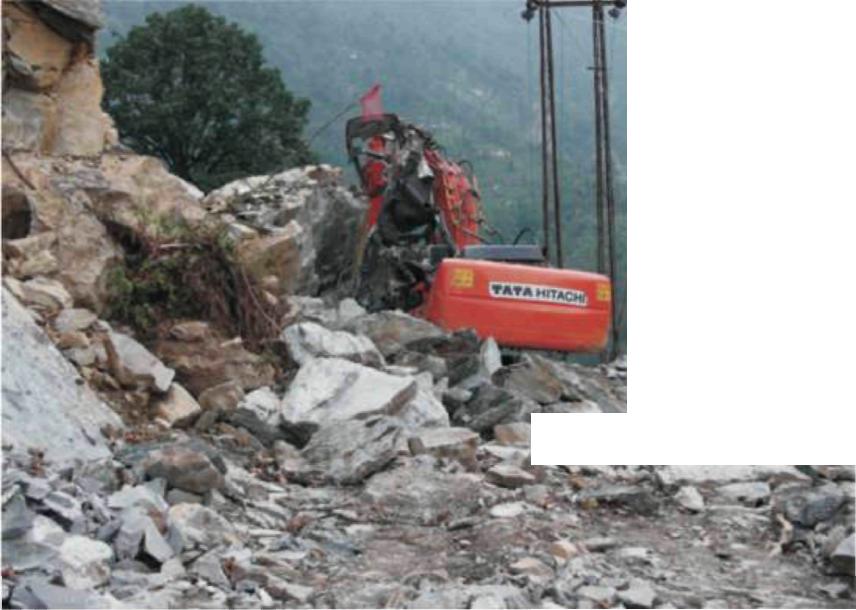 STRUCTURE OF THE CELL