It was in the year 1991 Zilla Territorial Constituency was constituted with total 20 Zilla Territorial Constituencies in North District. In the year 1991, Shri. Tenzor Lepcha was elected as the first Adhakshya and Shri. Sonam Tshering Bhutia as the first Up-Adhakshya of North District Zilla Panchayat. The then District Collector, Shri. A.K Srivastava was the first Sachiva with the minimum office staff designated as LDC, Peon, Chowkidar and a Driver as office functionaries.

SCHEMES UNDERTAKEN BY NDZP FOR THE FINANCIAL YEAR 2015-16

During financial year 2015-2016 the departmental works under BRGF were taken up in 6 Territorial constituencies with balance fund released amounting to Rs. 24.50 lakhs from the total outlay of Rs. 10,23,300/-.

These centers have been completed in the financial year 2015-2016.

Zilla panchayat, East was constituted based on the panchayat election of 2012 with initially 32 members and later reduced to 30 members.The territorial constituencies namely Navey Shotak and Lingdok Namphong Territorial Constituencies were delinked from east district and added to Zilla Panchayat, North in the year 2015. Zilla Panchayat, East is represented by 17 women members and 13 male representatives. Each territorial constituency has one to three gram panchayat units.

Apart from the incompleted works sanctioned under 13th FC grant and BRGF of 2014-15,no major works were sanctioned during 2015-16 barring some welfare schemes like distribution of poly tanks and pipes sanctioned under the interest component of BRGF fund and the 4th FC grant. The various ongoing works being implemented by the Zilla pancy includes the construction of three Community Recreational Centres and seven gram prasashan kendras sanctioned under erstwhile 13RC grant.The works are under various stages of completion. Zilla Panchayat also did not receive any grant in aid from the line department during the fiscal. The status of various ongoing works is detailed below.

Some of the photographs of the exposure visit and field trips of Zilla panchayat,East

Some of the infrastructural works implemented by the East District Zilla Panchayat(EDZP) in the year 2015-16 are as under:
1. COMMUNITY RECREATIONAL CENTRE (C.R.C.s) 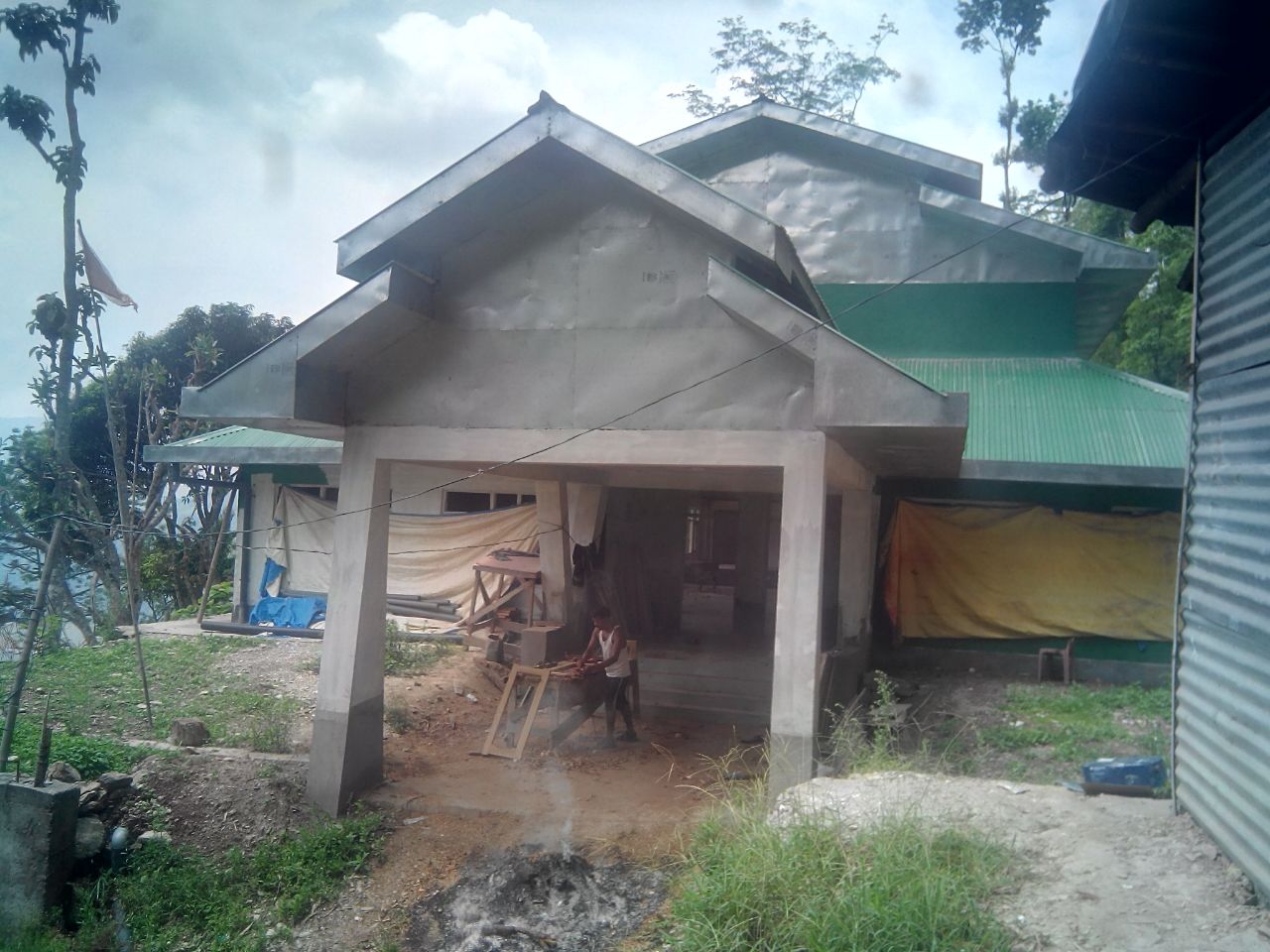 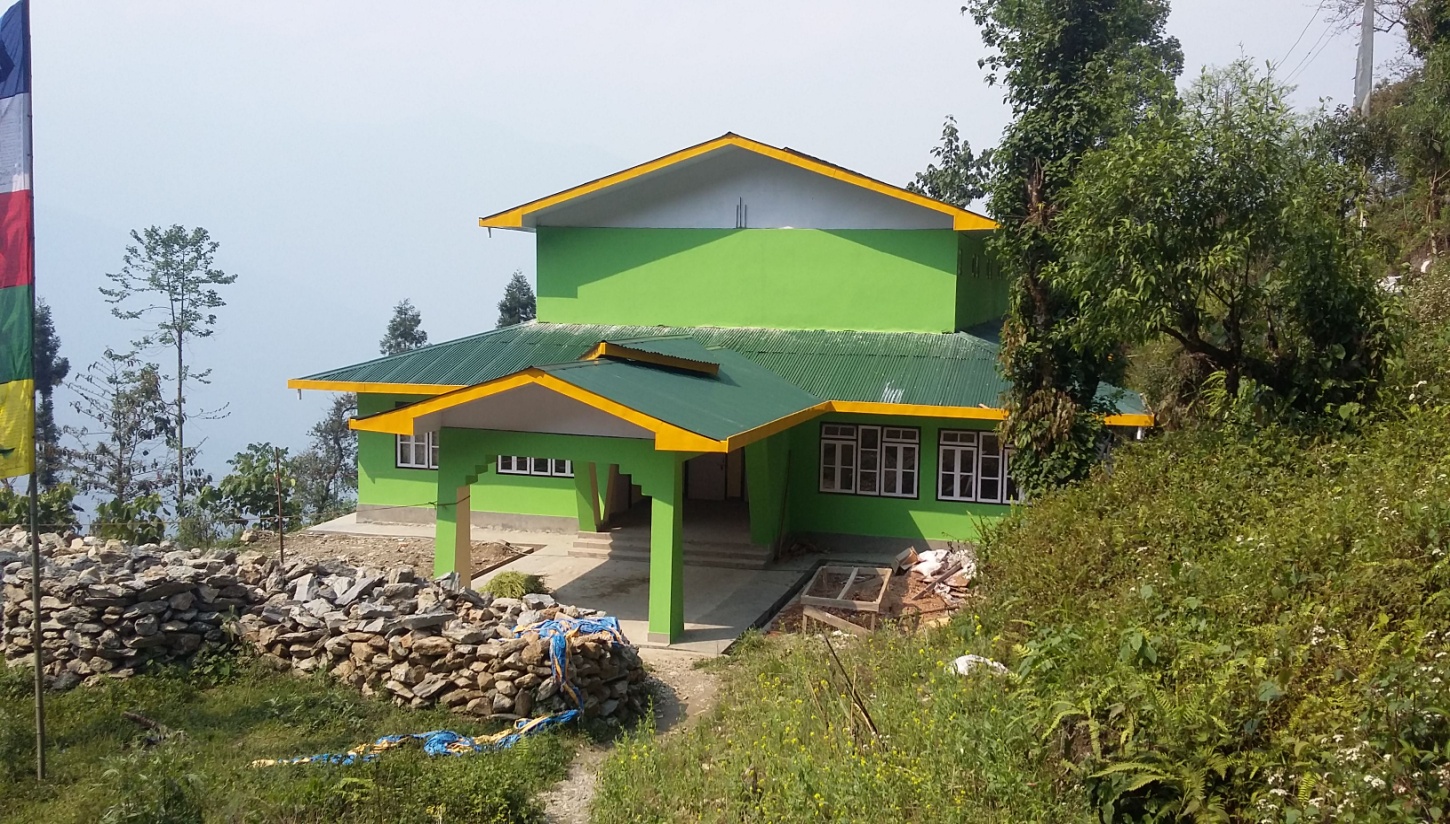 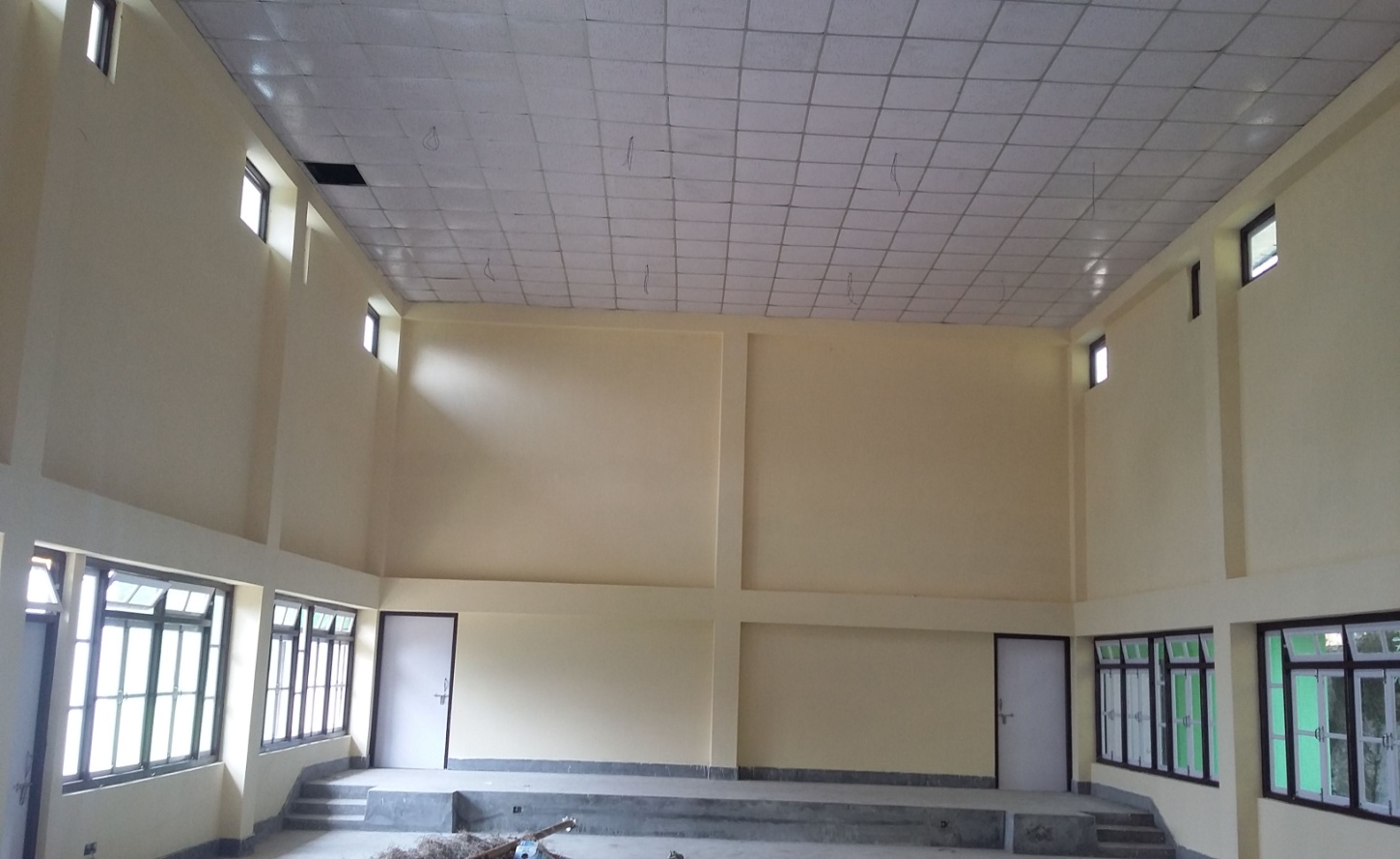 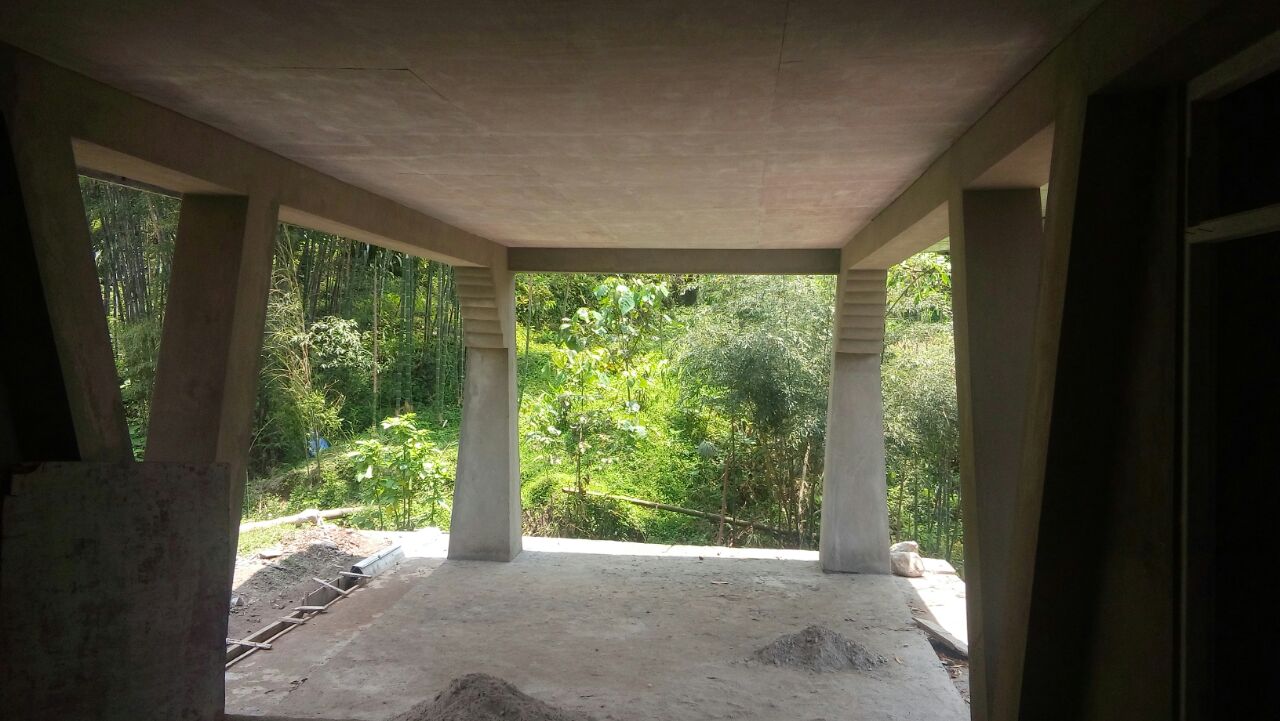 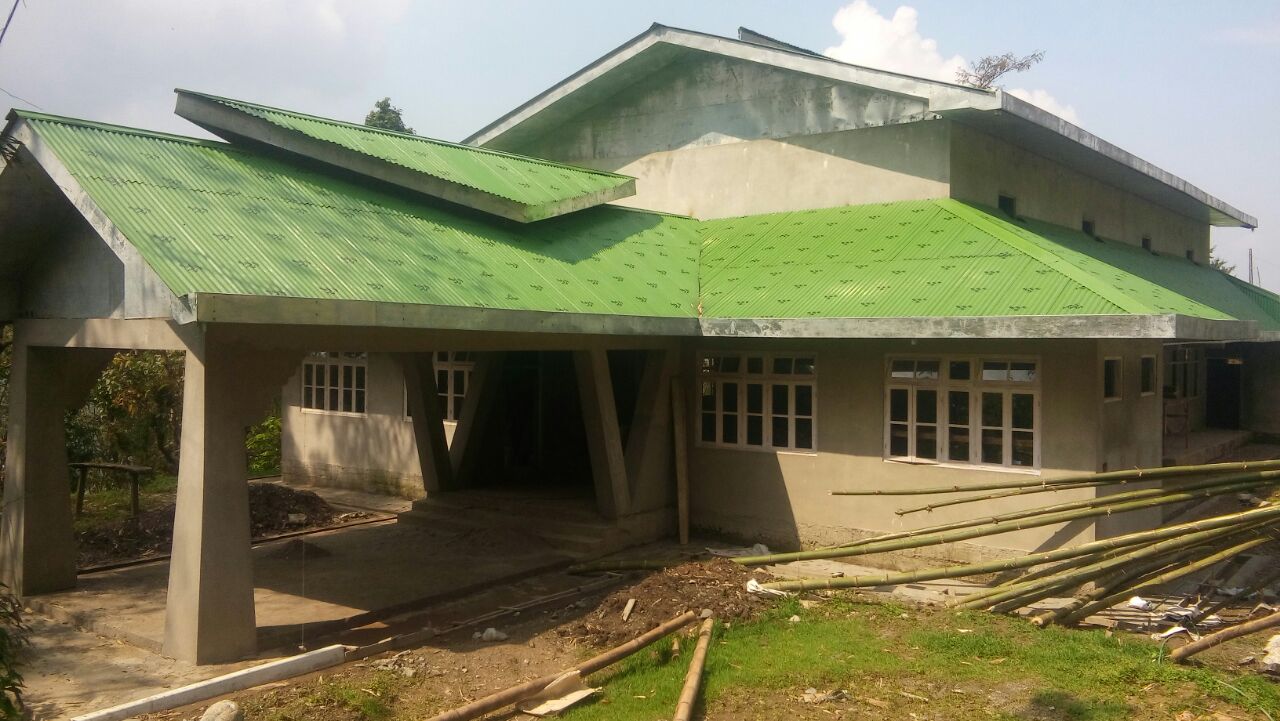 Under the 13th finance Commission Grant the following GPKs were Sanctioned under east district. 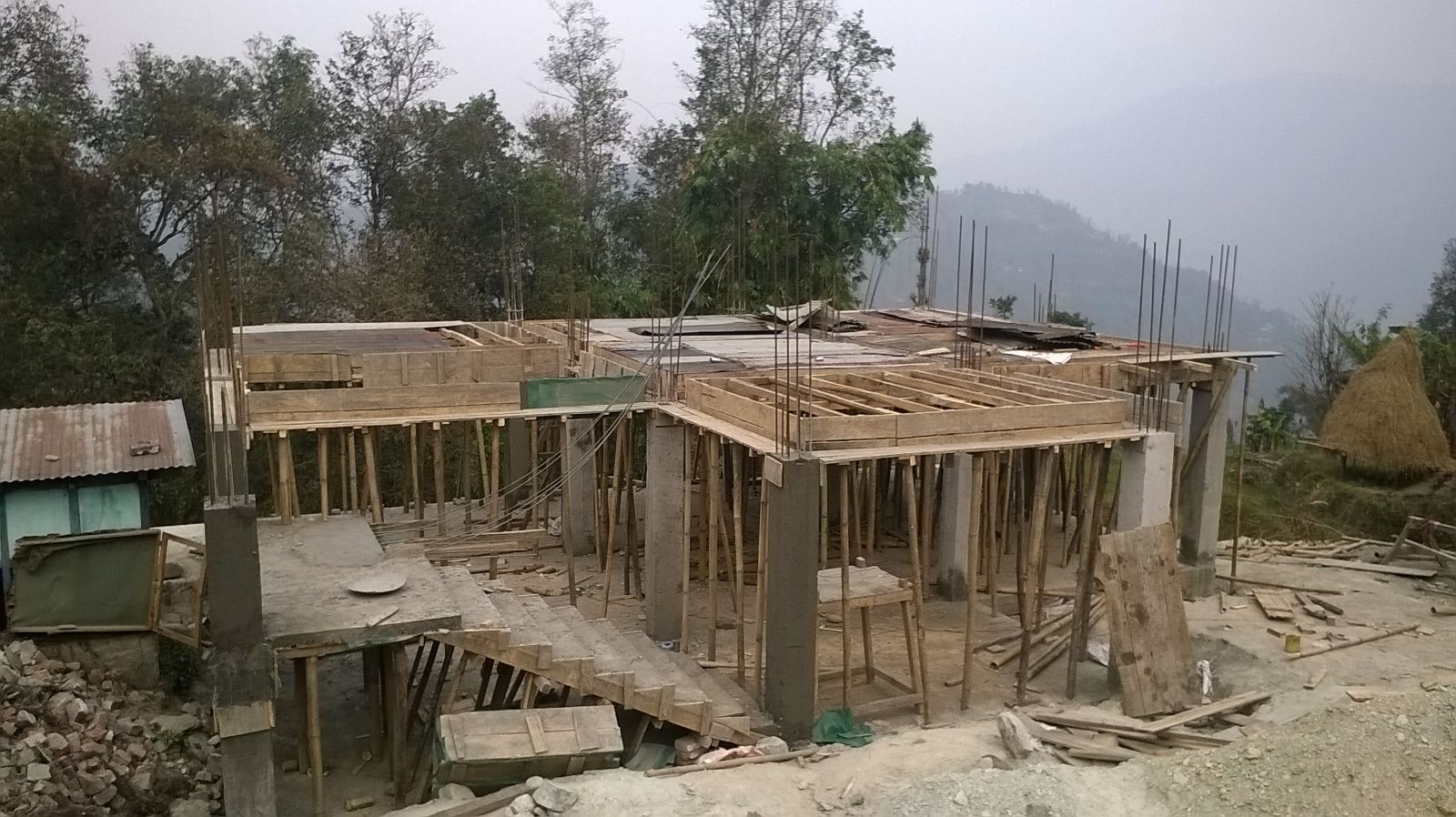 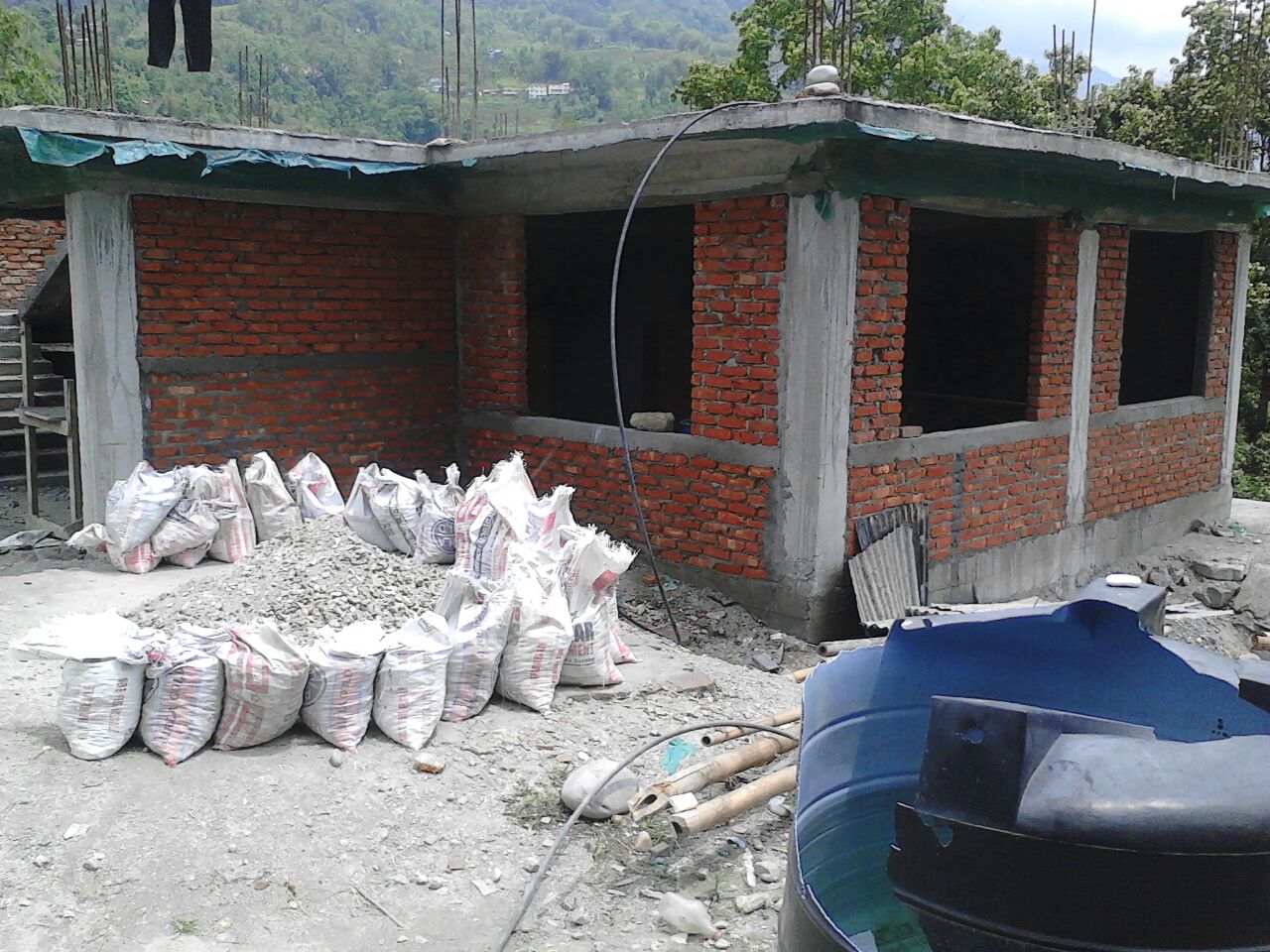 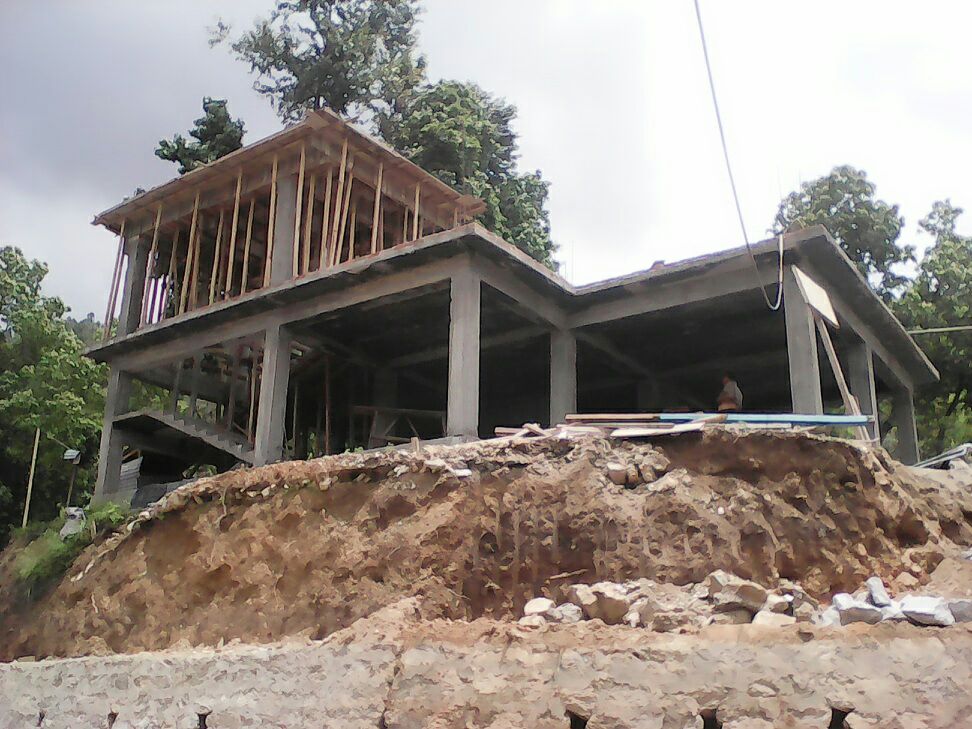 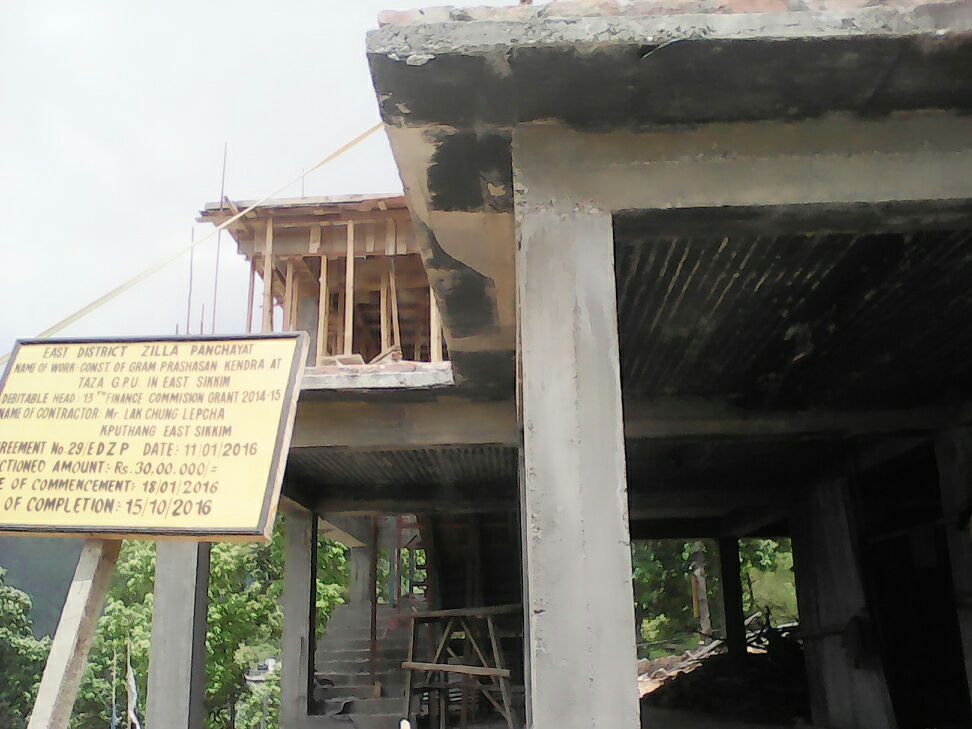 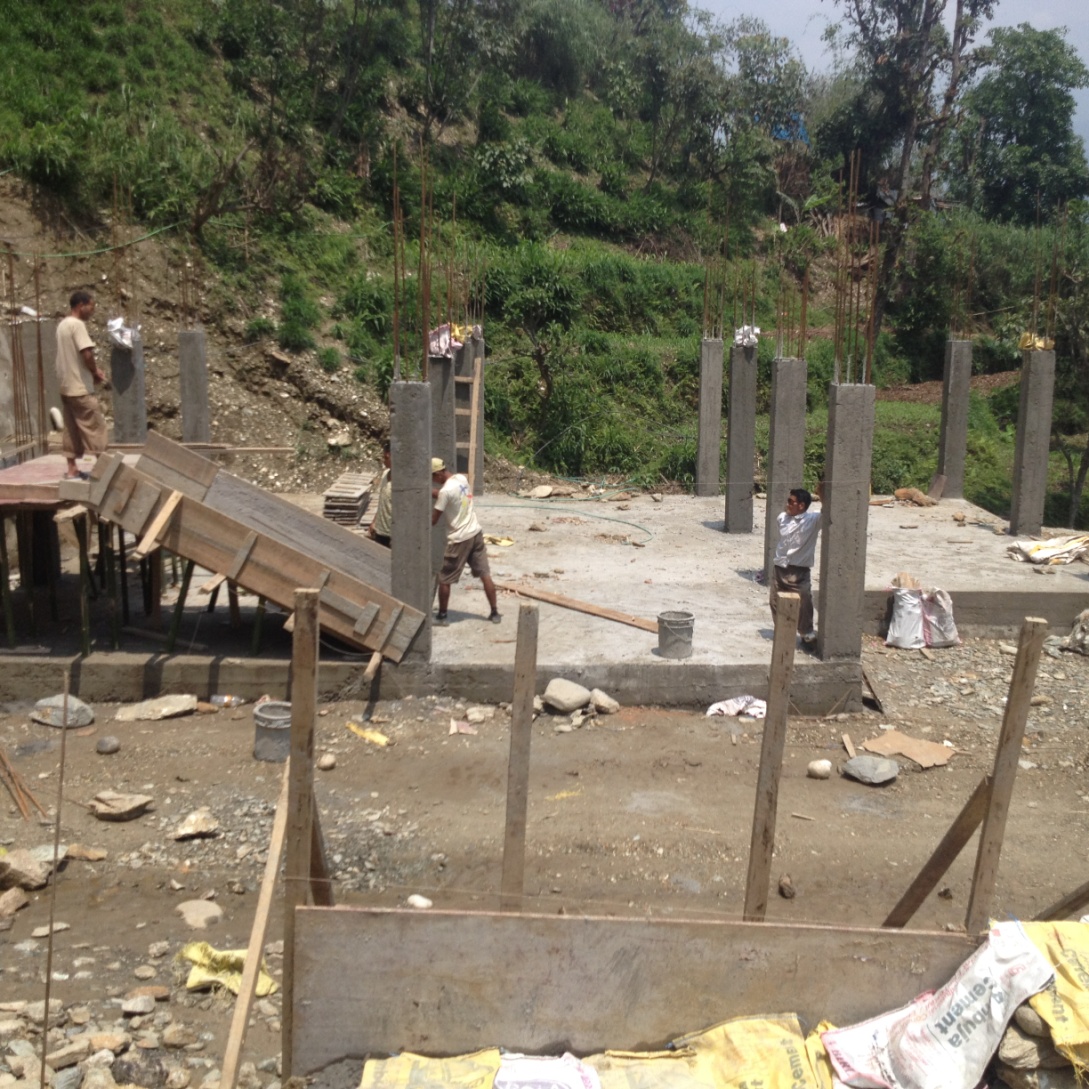 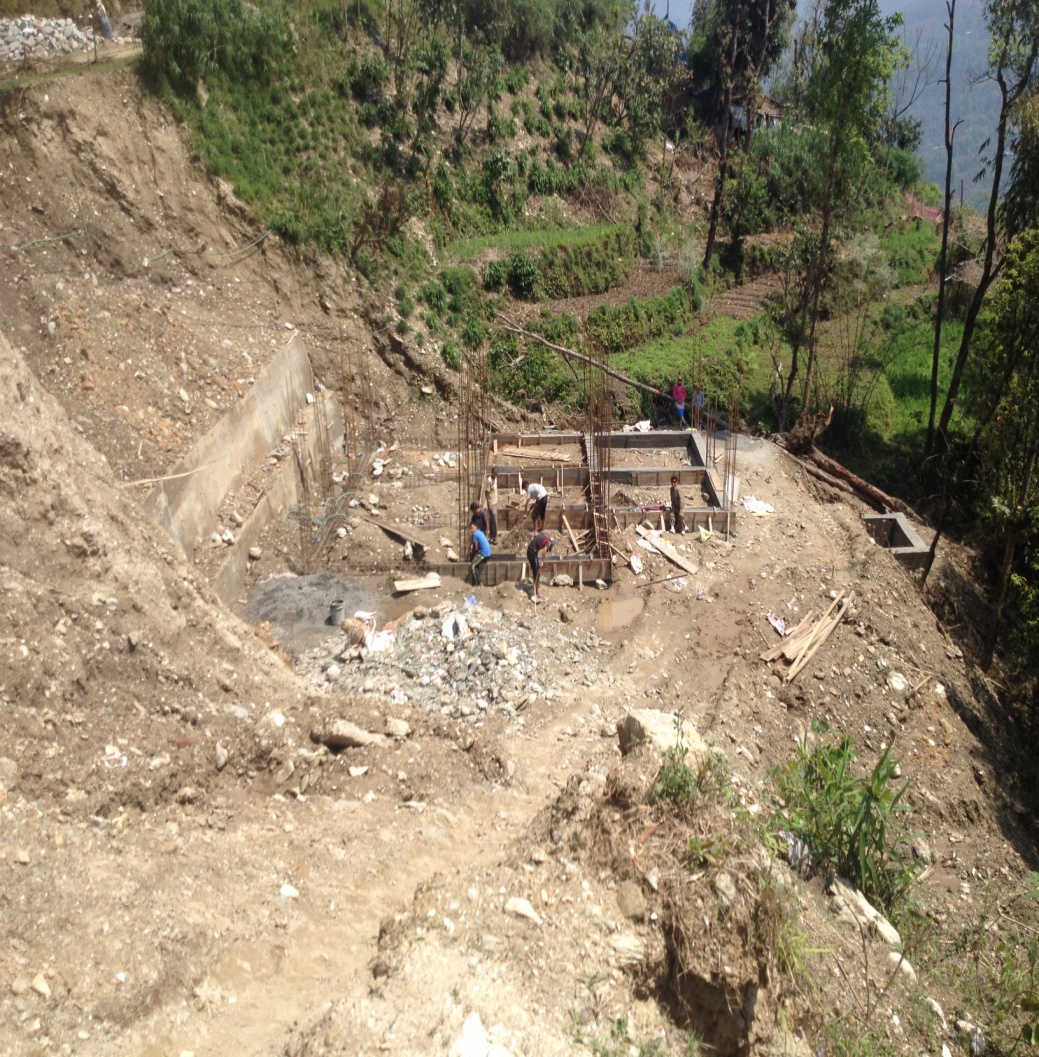 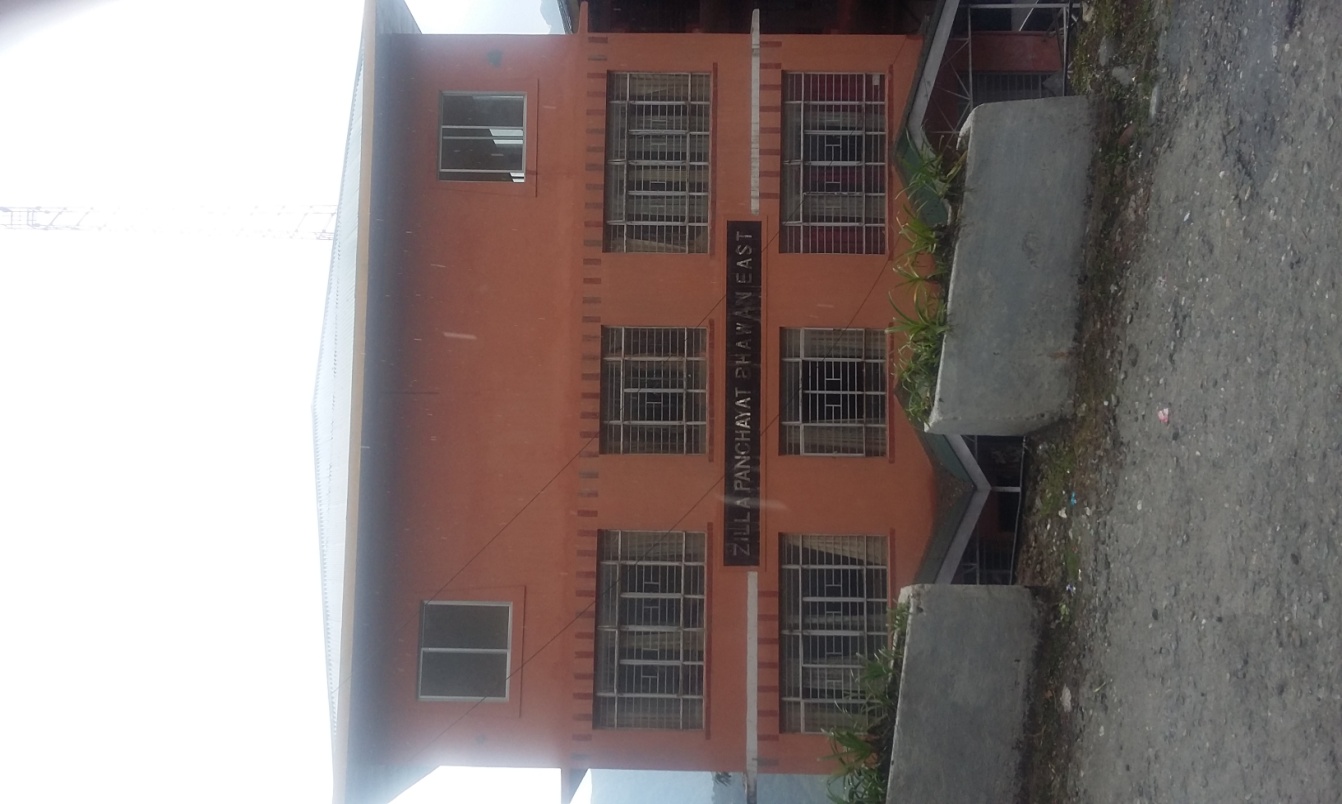 The South District Zilla Panchayat (SDZP) witnessed a flurry of activities in the year 2015-16. The main events and the developmental works taken up by SDZP is summarised in the succeeding paragraphs.

The South District Zilla Panchayat passed a resolution in its meeting to support the Rashtriya Safai Abhhiyan by engaging in cleanliness drive of its office compound and other areas in the District on every second Saturday of a month.

In the month of April 2015, Hon’ble Adhakshya (South), Shri C.L.Gurung was awarded with the Rashtriya Gaurav Award at New Delhi by the India International Friendship Society for his contribution in social work and politics.

The Hon’ble Adakshya (South), Hon’ble Upa Adakshya along with 26 Zilla Panchayats and three officials visited Andaman and Nicobar Islands from 21/02/2016 to 29/02/2016. The main purpose of the visit is to study the Panchayati Raj Institutions, General Administration and the Tourism Initiatives in the Island. The group had hands on experience of the Adventure sports like Scuba Diving, Snorkeling, Sea Walk and other allied water activities. The historic Cellular jail at Port Blair, magnificent sea beaches and exotic marine flora and fauna enthralled all the members of the group. The SDZP members interacted with the Zilla Parishad members of Andaman and Nicobar Islands at the conference hall of Zilla Bhawan Port Blair on 26/02/2016. The Hon’ble Adakshya, SDZP highlighted the achievements of the state of Sikkim like Organic Farming, Nirmal Rajya, Silk trade route and people pro programmes of the State Government.

Through a well established Engineering and Accounts cells along with the Administrative section, the Office of the South District Zilla Panchayat (SDZP) is implementing various Developmental Schemes since its inception.

The Developmental Works carried out by the South District Zilla Panchayat (SDZP) in the year 2015-16 are:

The Grants under the 13th Finance Commission were awarded mainly for the following purposes:

The Government has accorded sanction of five new Gram Prashasan Kendras in South District from the Grant of 14th Finance Commission Grant. These new GPKs are:

1. Ralong Namlung, 2. Borong Phamtam, 3. Tarku, 4. Lingee and 5. Nagi Karek. Tender process for all the five GPKs has been completed and the Work Orders have been issued. 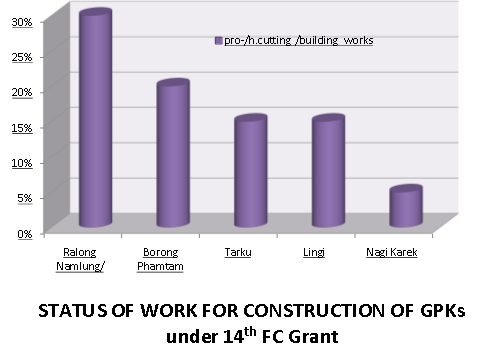 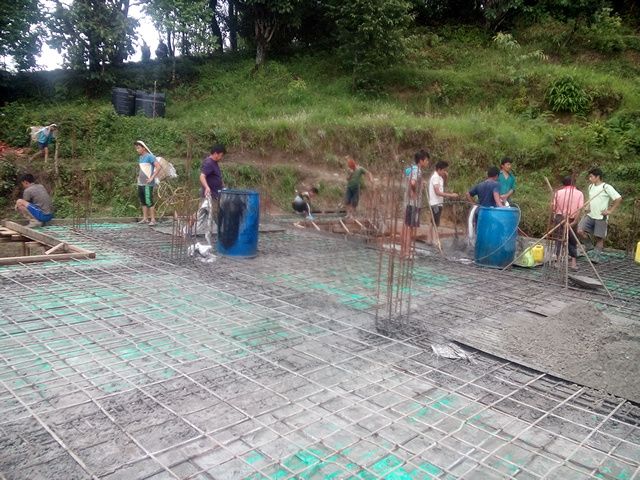 An amount of Rs. 25 lakhs have been received under TFC united Grant in the financial year 2015-16 . In the House Meeting held on 6/05/2015 it was decided to utilise the fund as per the local demand of the public. Accordingly, the works taken up from the fund are mainly construction of community water tank, protection wall, tiles fitting at schools (Bikmat SS & Lugchok JHS), distribution of furniture, garbage bin, poly tanks etc to schools, grant in aid to Namchi Organic cum Tourism Festival Committee to celebrate Namchi Mahotsav and Golden Jubilee Celebration Committee of Lingee Secondary School and Renovation and setting up of Dormitory at SDZP Guest House.

Five number of Community Recreation Centres was sanctioned for South District under 13th Finance Commission Grant. CRC at Tokal Bermiok has been completed and handed over to concerned Gram Panchayat. Three more at Ben Namprik, Pabong and Sadam Suntaley are near to completion. The construction of CRC at Dorop Salghari was delayed due to unstable land issue. Barchart showing the progress of works is shown below: 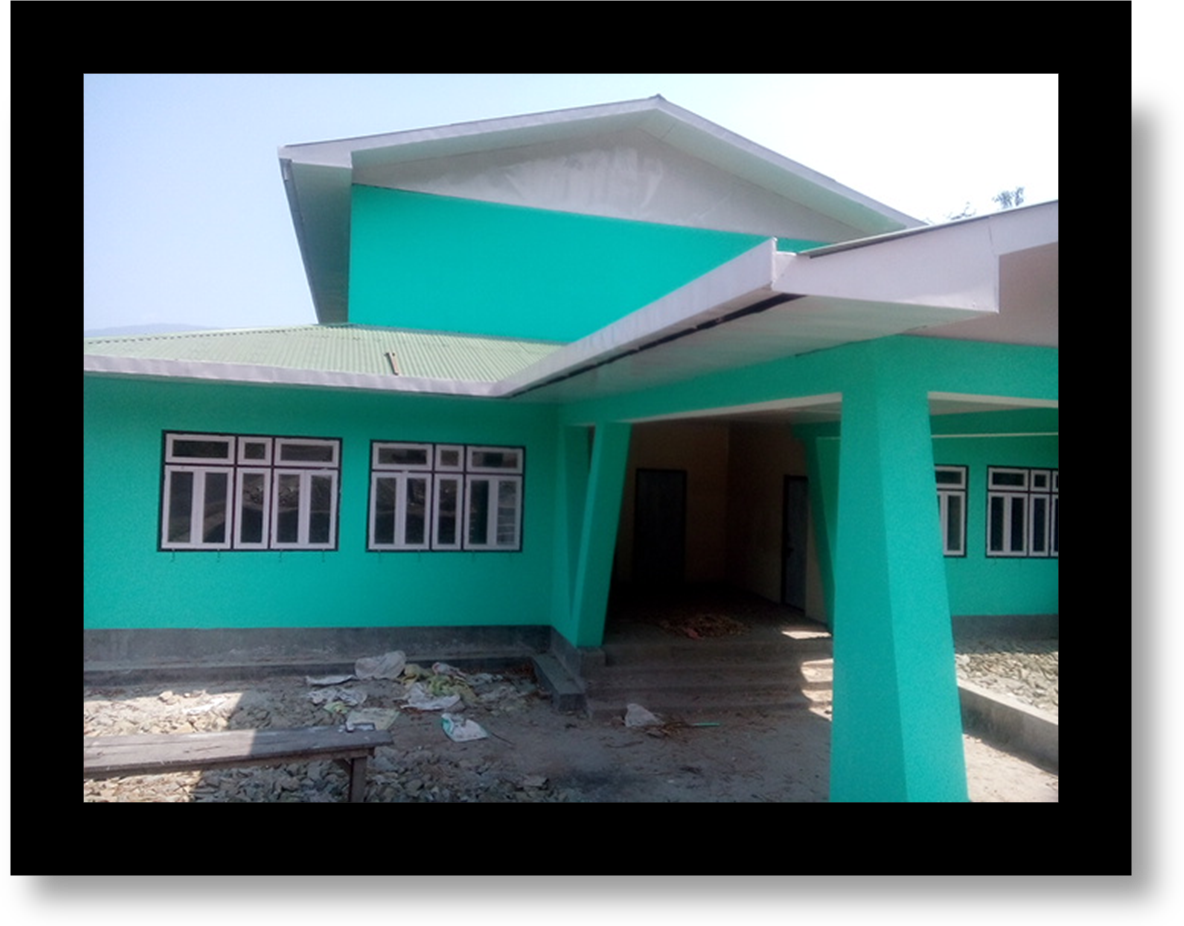 Sixteeen SFBs had been sanctioned for South District from fund from Ministry of Development of North Eastern Region. Fifteen of them have been completed and one is in progress. 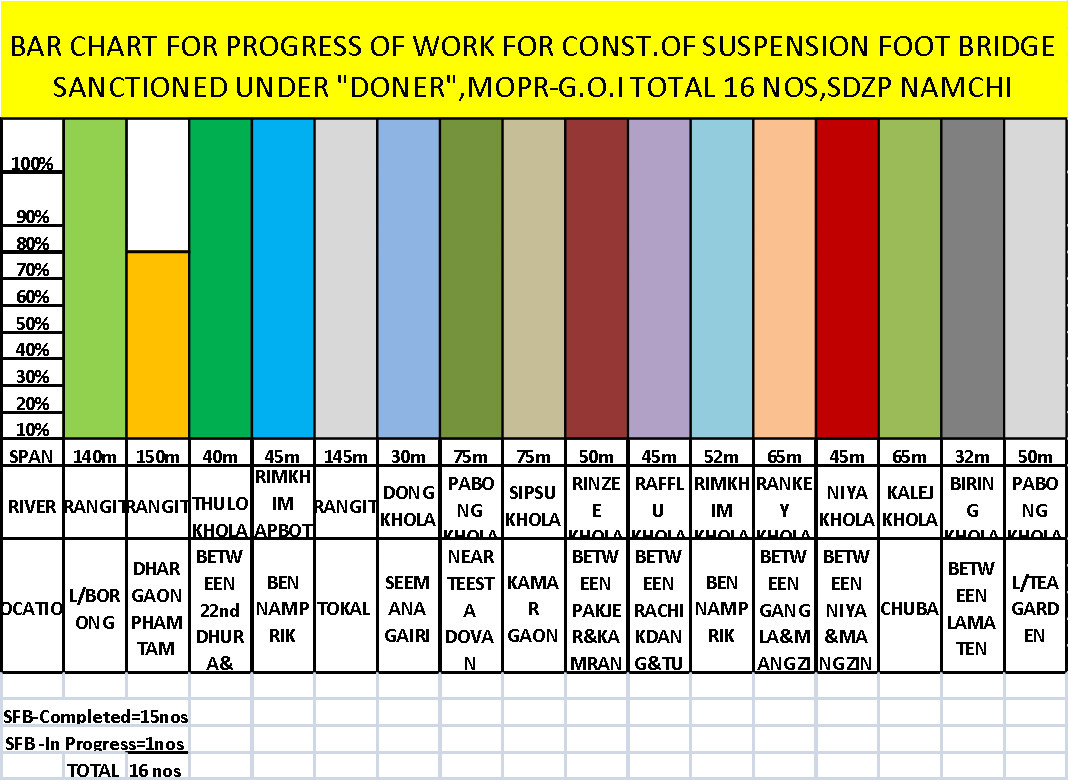 Construction of SDZP Library on Panchayati Raj is nearing its completion. This is one of the main contributions of the Hon’ble Zilla Panchayat members of the District as they unanimously decided to set up a well equipped library with modern facilities in the district from the Award Money of Panchayat Sashaktikaran Purashkar2012-13. 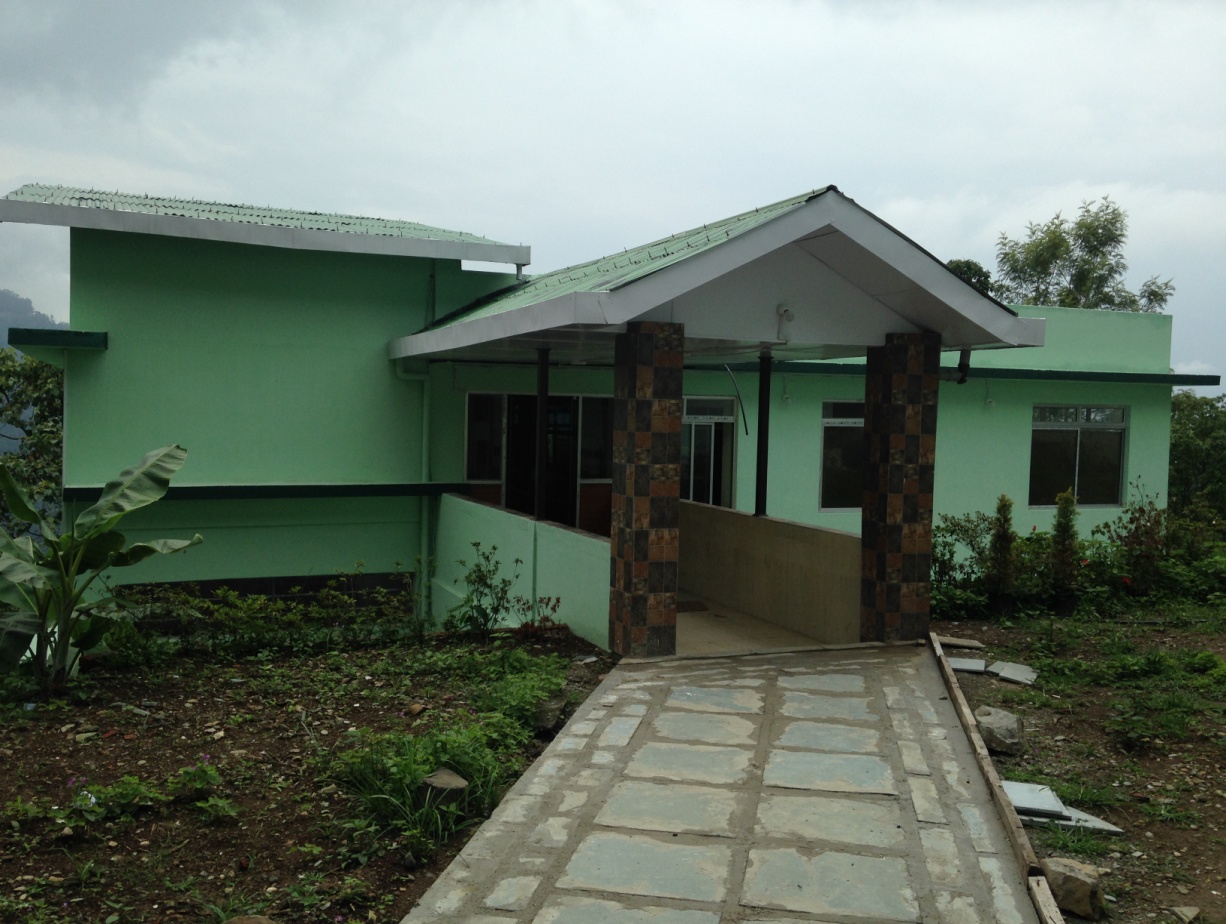 The works and services that are taken up for the upliftment of community are all approved by the District Planning Committee.

The Developmental Works carried out by the West District Zilla Panchayat (WDZP) in the year 2015-16 are:

a) Backward Region Grant Fund (BRGF): The developmental works were taken up in all the twenty eight Zilla Territorial Constituencies of the district. The total outlay of the works for the financial year 2014-15 was Rs.1, 03, 70,000 /-. The type of works executed under the scheme are mainly repair and maintenance of school building, extension of school playground, fencing of school compound, water source development, protective wall, construction of waiting shed, Public Toilet, Jhora training, renovation of Tourism Hall, installation of Smart Class in Government school, etc.

The scheme was launched by Government of India in the year 2006 and was extended to West District in the year 2007. The main purpose of the programme is to bridge the critical gaps in the local infrastructure of the districts identified as backward.

The Scheme was roll backed in the financial year 2015-16. This year all the pending work under the above mention schemes was completed and handed over to the respective GPUs and community.

The sanctioned cost of each GPK is Rs. 45.69 Lakhs. Out of the 15 Numbers of works six has been completed and handed over to concerned Gram Panchayats.
Six (09) GPKs is near to completion.